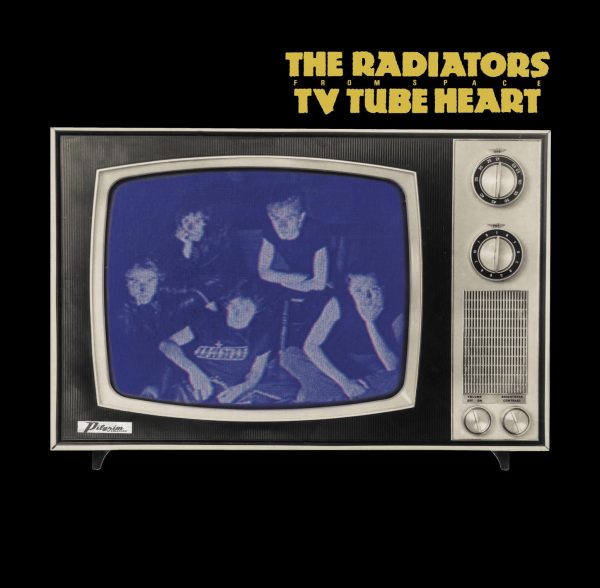 Album demos
04 Let's Talk About The Weather
05  Who Are The Strangers
​
Album backing track mixes
06 Million Dollar Hero
07 Let's Talk About The Weather
08 Johnny Jukebox
09 Confidential
10 They're Looting In The Town
11 Who Are The Strangers?
12 Kitty Ricketts
13 Song Of The Faithful Departed
14 Walking Home Alone Again
15 Dead The Beast, Dead The Poison 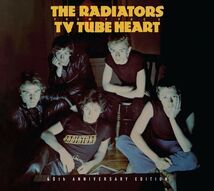 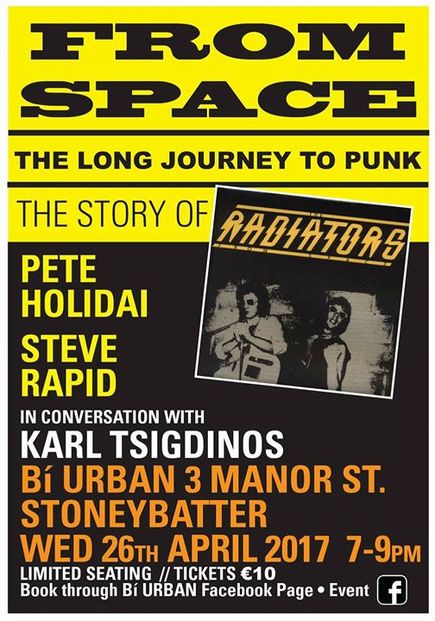 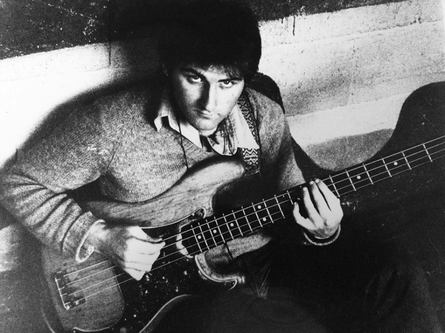 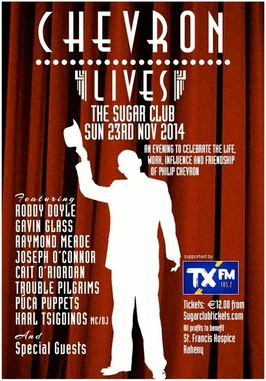 Billy Morley RIP
It is with great sadness we announce the passing of Billy Morley
a long time associate and friend.


Steve Averill:
I first met Billy when he and I worked for the Irish record chain Golden Discs. I immediately recruited him (and Pete Holidai) for a then unnamed band. I didn't even know if either could play; they just looked cool. Billy and I remained close friends from that time on.

Subsequently, we worked together in an advertising agency. Billy was also a very talented illustrator and graphic designer, and he had a long career in RTE's graphics department,

He was, perhaps, the most underrated guitarist of his generation and was extremely modest about his talent, as well as being incredibly shy about performing on a stage - something that held him back from achieving his due. He had natural talent that all those who played with him recognised.

His career took him from pre-Radiators from Space rehearsals through to stints with Revolver, the Teen Commandments and the Defenders, as well as a return to the touring band of The Radiators following the release of Ghostown. Most recently he had a stint with Lucky Bones.

He was always interested in music and that was a passion for him during his all too short life.

Billy was not without his demons and during his later years these resulted in ill health. However he never lost his sense of humour and whenever we met or talked on the phone, I always finished the conversation with a smile and a laugh. We will miss him greatly, as will his wife Rita, his family and friends.

The new edition of Ugly Things featuring Part 2 of the Radiators is out soon! 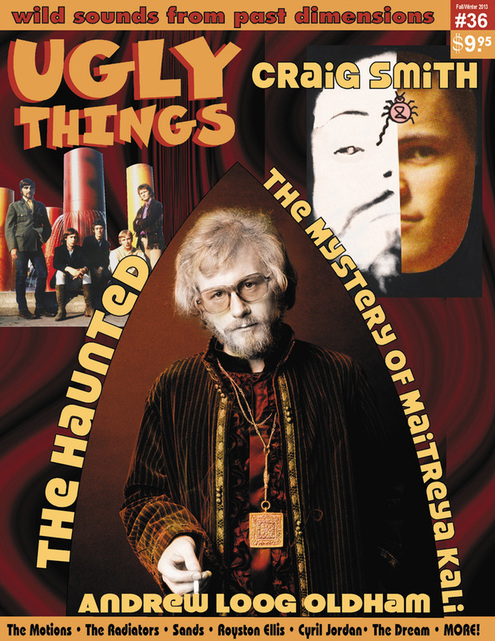 Shite’n’Onions is raising funds to press a very Ltd Edition double vinyl copy of “SOUND CITY Beat” by The RADIATORS From Space
YOU can pledge a donation here   Target achieved but there is still time to donate for the remaining awards. 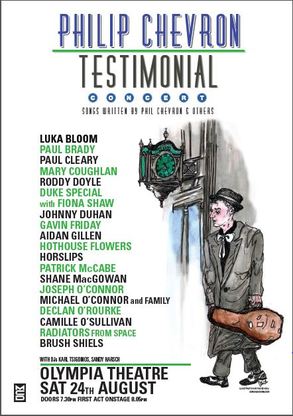 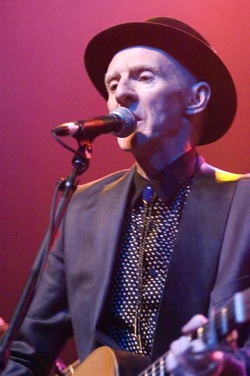 "This time the cancer is lethal"— Philip Chevron
Pogues and Radiators from Space guitarist Philip Chevron has revealed that the head & neck cancer for which he received treatment in 2007 and a clean bill of health in April 2012 has in fact returned. In August 2012, Chevron and his doctors noticed a new tumour and this one is in a position whereby treatment is seriously ill-advised and would almost certainly cause Stroke or worse. The cancer is, in short, inoperable and will prove fatal in time, though it is at present impossible to measure life expectancy. Chevron, who was last year part of the releases "The Pogues In Paris" on Polydor and the Radiators' "Sound City Beat" on Chiswick, is currently taking a break from both bands. The Pogues are on a prolonged time out, emerging only in support of matters relating to their 30th anniversary this year, while the Radiators from Space have formed a splinter group, The Trouble Pilgrims, in which Chevron plays no part. In recent times, Chevron has accepted several theatre music commissions, including the Old Vic Theatre in London and Galway's Druid Theatre.

Philip thanks his friends, colleagues, family and management team for their enduring support and hopes to make some notable musical contributions before, as he puts it, the cancer becomes "lethal".

The Trouble Pilgrims are the current members of The Radiators from Space - Steve Rapid, Pete Holidai, Johnny Bonnie and Paddy Goodwin, without vocalist/guitarist Philip Chevron, named for the Radiators' third album, the acclaimed Trouble Pilgrim, released in 2006. Philip, a founder member of the band in 1976, has continuing health problems concerning his voice which have sidelined him as one of the band's principal singers.

It is anticipated that both The Radiators and The Trouble Pilgrims will co-exist side by side, with Philip making major contributions to Rads recording and writing projects. He is not expected to play a significant part in The Trouble Pilgrims though he is believed to have become the inaugural member of their Fan Club. The Trouble Pilgrims feature material from all of the Radiators from Space albums as well as songs from Pete Holidai's solo album The Devil's Guitar in their live set.
Carmen Santana from California and Yasunori Hoshino from Japan are presented as guests
of honor at the Pete Holidai and friends performance at the Leeson Lounge 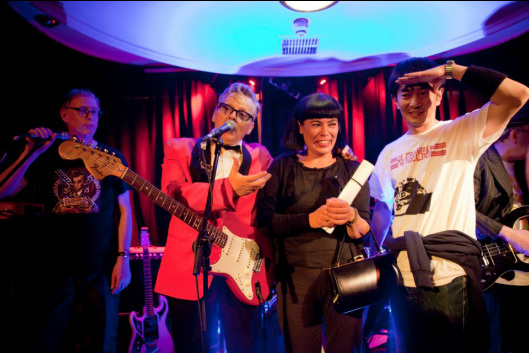 As a thank you for all your good wishes after postponing the Academy gig, and the fact that some friends had booked long haul flights to be at that gig, Pete is pleased to announce this FREE event. He will be performing songs from all the albums plus a few from The Devil's Guitar.
Leeson Lounge, Leeson Street, Dublin 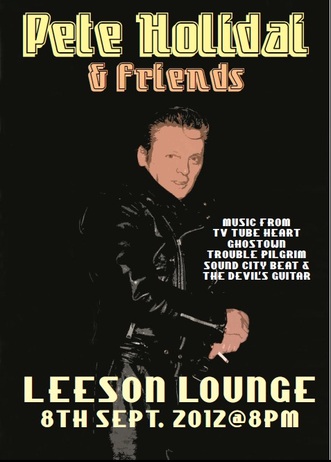 The Radiators have regretfully had to postpone their comeback show at the Academy, Dublin, on September 8th. The band, who recently released their acclaimed fourth studio album Sound City Beat, a tribute to the Irish rock scene in the 1960s, had been due to give their first show in over five years.

Their long absence from the live scene is explained by vocalist/guitarist Philip Chevron's prolonged treatment for and recovery from soft-palette cancer. Although given a clean bill of health earlier this year, Phil recently developed unexpected complications in the throat area which, it is believed, may be a consequence of intense exposure to radiotherapy during his treatment. Though no official diagnosis will be made until further tests have taken place, it is thought to be unlikely that the cancer has returned.

The Radiators will reschedule the show as soon as is feasible though for obvious reasons no date has yet been set. Ticketholders for the Academy concert should seek refunds from their original point of sale.

Upcoming concerts by Chevron's other band The Pogues in Cologne, Berlin, Hamburg, Budapest, Paris, Colmar and Somerset are unaffected, though it is considered unlikely that the guitarist will sing in these shows.

The Radiators from Space's Sound City Beat is available from Tower Records, Freebird and other good record shops and online outlets.

The Radiators from Space celebrate the success of their acclaimed
"Sound City Beat" album with a live show at The Academy in Dublin on
Saturday September 8 where they can be expected to play selections
from all four of the studio albums they have made since 1977 but with
special emphasis on the 60s and early 70s Irish rock classics
highlighted on the new album.

This will be the first Radiators show in five years, since Gavin
Friday stepped in temporarily for Philip Chevron. Further Irish shows
are likely later in the year.
UPDATE: We are delighted to announce that our special guests for the Academy show are Teenage sensations The Strypes 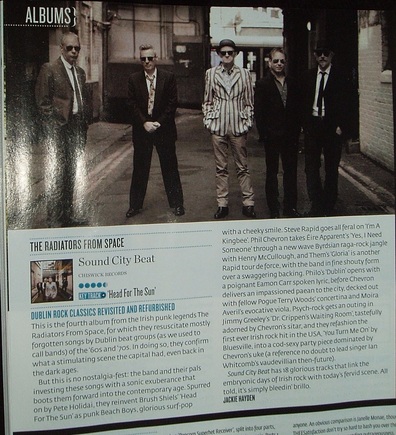 April 18 2012 issue
Friday 30th March 2012
Pete Holidai and Steve Rapid were invited to play alongside Mick Jones (The Clash), Pete Wylie (The Mighty WAH) and The Farm in aid of Justice Tonight at The Academy, Dublin.
Full gig review by John Robb
http://louderthanwar.com/justice-tonight-tour-dublin/